Georges Bizet had an outstanding career as a student at the Paris Conservatoire, and was known to be a brilliant pianist, but he seldom played in public. He graduated with honors and won the Prix de Rome.  After spending three years in Italy, Bizet returned to France and found very little interest in his compositions. He earned his living by arranging other composers music until he began to have moderate success writing operas.  His last composition was his masterpiece, the opera Carmen, which he (and some critics) considered a failure. 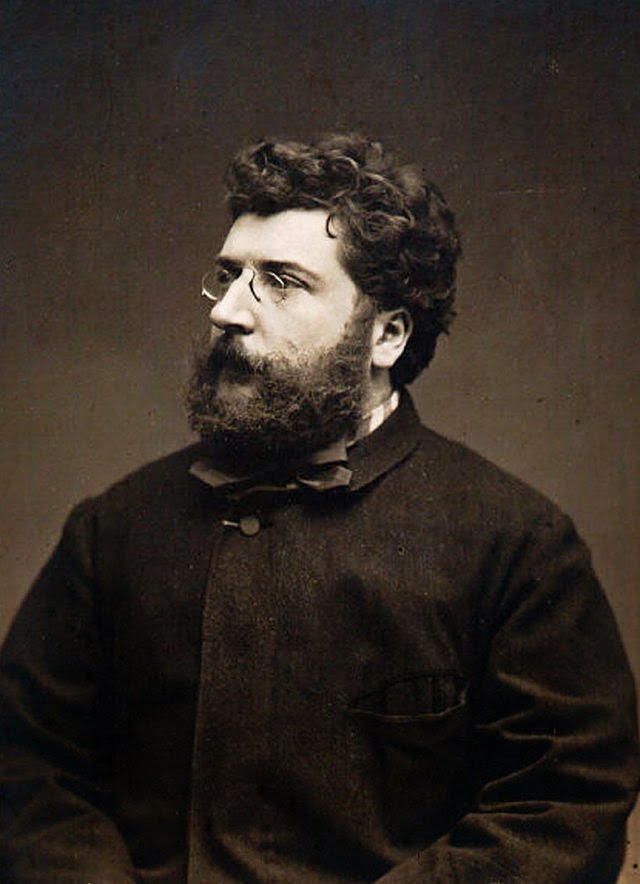 The Symphony in C Major was written apparently as an assignment from his teacher Charles Gounod. Bizet had just turned 17 four days before he began the work in 1855. The symphony follows Gounod's Symphony No. 1 in style if not exactly in content, although there are hints of actual music quotes from Gounod's symphony used by Bizet.  Bizet evidently was not keen on having the symphony performed or published, perhaps because the musical life of France at the time was centered around opera with very little instrumental music being performed. After being considered lost for many years, a copy of the symphony was found and first performed in 1935. The symphony is in four movements and is in the style of the classical symphonies of Mozart and Haydn:

II. Adagio - An introduction leads up to the exotic first theme played by the oboe.  A second lyrical theme is played by the violins as the pizzicato accompaniment from the lower strings continues. A fragment from the first theme spins into a subject for a fugue in the middle section until the introduction reappears as a lead in for the exotic theme once again played by the oboe. The second theme appears again briefly before the movement slowly ends with a partial repeat of the oboe solo.

IV. Allegro vivace - The finale begins with the first  theme that runs through the violins. A second theme is played by the woodwinds. The first theme makes another appearance, and then a third theme is played primarily in the strings with comments from the woodwinds. Transition material leads to the repeat of the exposition. The development section bounces from theme to theme until it arrives at the recapitulation. The same general pattern of themes is followed from the exposition until Bizet winds things up neatly in C major.